Day 3 on the road: The Flat Bits are Boring or Don't eat all the donuts.

It had been a long day, so I ordered in some Eggplant Rolatini, salad & some little fresh cinnamon doughnuts for dessert. Well, when it came the order was wrong, but being hungry I ate the doughnuts. When the replacement order arrived, they brought a second order of complimentary doughnuts in apology. What can I say? I didn't want them to go to waste! And so they will go to waist.

I got up freaking early and got the hell out of dodge- or rather the El Dorado Motel in Baker City. We were on the road by 6:30am, and up into the rolling hills of eastern Oregon.

I'd just like to say, if you are ever in north eastern Oregon, and happen to get a flat tire or something, don't walk to the nearest house- don't even get out of your car. And lock the doors. And pray. I could be wrong (it's possible, I hear it can happen) but I'm pretty sure that part of Oregon is entirely populated by serial killers. How do I know this? Well, when I drove through it today there were miles and miles and miles of hills and open space, not a town in sight... then there would be one solitary, run-down trailer with a sinister old pick-up truck and a ramshackle shed.  This pattern would repeat for hundreds of miles. Who else would live like that?

The drive through the mountains was easy as the road builders must have been lazy and built the road around the base instead of over the summit. We passed into Idaho, and down into Boise. I don't know why anyone would ever want to go to Boise, let alone live there. It's butt-ugly, and smells of potatoes frying in old oil. I did see a prairie dog though! (Highlight of my day.) 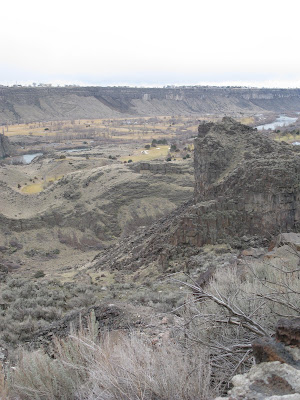 The drive into Utah was more interesting than Idaho. Lots of pretty snow covered mountains. But otherwise, today's drive was pretty dull. The cats didn't even make a peep! 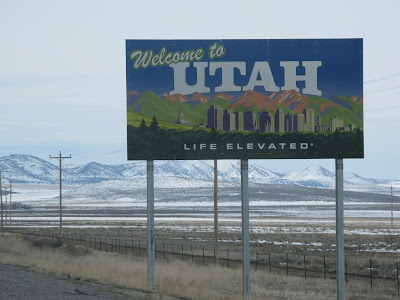 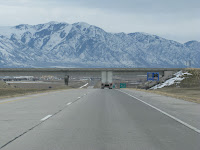 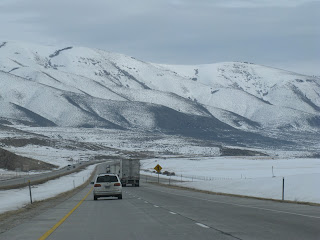 Point of interest; if any of you are wondering why Charlie Sheen is in the news media so much, it`s because at any time of any day, you can find at least one episode of 2 & 1/2 Men on TV. There's absolutely no getting away from it.

, B is for Burglar (Kinsey Millhone Alphabet Mysteries, No. 2)

Albums: Hands All Over

Thats a relief...we thought all the serial killers were at the rest stops.

Ha you obviously haven't driven much up North where I lived...130 km (miles?) with nothing but trees and mountains and an occasional moose jumping in front of your car. Any houses were well off the road. Not even a lonely gas station...there is a reason my hometown has a big sign as you exit that says "Check your gas...next gas station 130 km" and they aren't kidding! Glad the cats are settling down and hope you keep finding unique scenery...Stonehenge 2 was too weird!

Good point about northern BC roads! I've driven from Vancouver to Edmonton via Jasper, but I don't think that counts. I also find BC's 'highways' have a different feel to them. In my experience, they compliment the landscape, curving around natural features. Down here, apart from being much bigger and wider, they seem to have put the roads exactly where they wanted them, blasting whenever possible. As a BC girl, hours of poker straight road can be mind-numbing!